As we all know there are a plethora of cell phones available on the market today and there are certain similarities amongst all of them. One of those is that games are very much engrained into each device’s eco-system. All these are available via a strikingly similar type of app store, giving cell phone users a mind-blowing number of games to choose from.

Such is the interest in mobile gaming right now, it’s estimated that as many as a third of the world’s population partake in gaming via their cell phones. Amongst the ever-increasing number of gaming options available for players are poker titles. The legendary card game is a perfect escape for that commute on the train, whilst relaxing in the home or wherever you are. 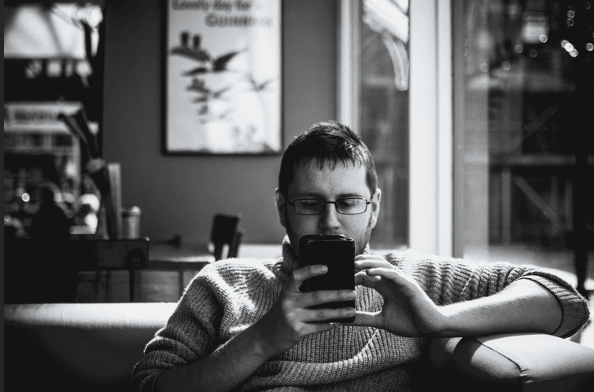 However, because there are only five states that allow online poker for real money, it is primarily the free apps that dominate the category. So it’s those that we will focus on below.

This title is available on Android and iOS and it’s as easy to get on with as its title suggests. There’s no reliance on fancy aesthetics here. But EasyPoker has some great features, such as having the player press on the screen to see your cards which are face down. Whilst other players can’t actually ‘see’ your cards. It’s nice touches like that which differentiate it from other titles. Up to four players can play for free. But if your group of poker playing friends extends to beyond that, then you’ll have to pay a small charge to unlock the bigger multiplayer options.

This is a solid free to play poker game which has quite a few elements to it. Some may even suggest it’s like a mini casino in your pocket. That comes from the option to use your virtual winnings to play mini slot games too. One difference with Mega Hit Poker is that it’s certified to have a random number generator within it, meaning that each game is definitely different to the last. This is something that is a necessity in online casinos, it’s nice to see developers acknowledging the demand from casual players for an authentic experience.

It’s fair to say that Governor of Poker 3 is one of the most striking looking games amongst this list. Whilst at its heart it is a solid poker title, the graphical aspect of the game really sets it apart from its peers. With players anonymity hidden under comically large stetson’s, sombreros and even straw hats with dragons on them. It just adds a layer of extra fun to the game. The pleasing visuals extend to the backdrop too. Players start out in a saloon playing for lower (free) stakes right up to making it into the resorts of Vegas. As an extra twist there’s an opportunity to participate in daily missions and challenges to win bonus chips to add to your stack at the table.

One of the more recent poker apps to appear is Appeak Poker. The game is really attracting a growing audience thanks to its simple but effective interface. This allows players just to get on with playing poker without making things look busier than they need to be. With over 100,000 active players currently registered, it has certainly struck a chord with the poker playing community.